Leggs
It was Robert Elberson's job to take stock of a woman's legs, and what he saw didn't please him. It was 1968, and the recently-appointed president of Hanes Hosiery Mill Co. observed a growing number of pantyhose customers were grabbing cheap stockings at grocery stores for the sake of convenience. While a woman might shop for food multiple times a week, she would likely only head to a department store once every month or two. Rather than wait, she would purchase undergarments when it was most convenient.

The message was clear: Hanes needed to get its product into supermarkets. They would also have to stand out from the 600-plus other manufacturers who were producing pantyhose. Elberson needed a radical departure from the mundane cardboard packages. What his advertising firm came up with ended up revolutionizing the undergarment industry, and made the grocery store aisle practically competition-proof. It was called L'eggs, and it became a piece of retail art.
Top
Items 1 - 4 of 4 total
Items in this category 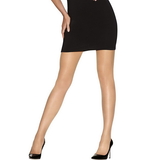 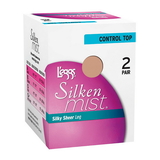