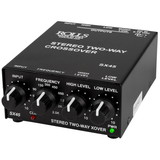 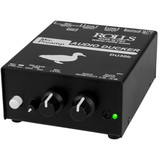 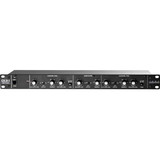 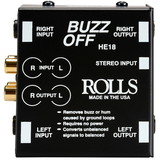 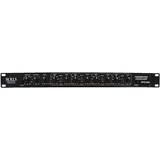 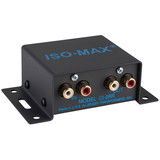 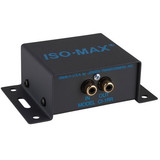 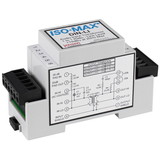 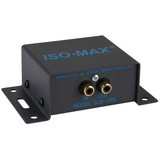 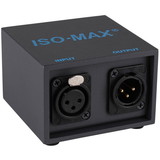 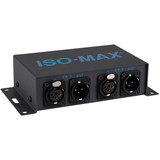 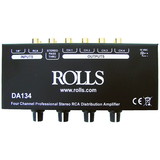 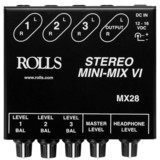 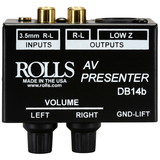 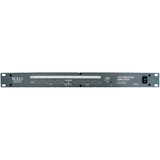 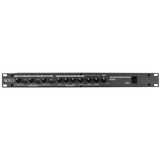 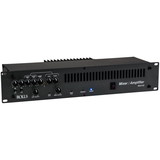 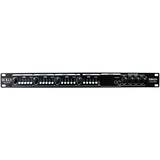 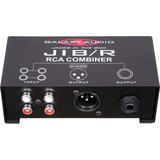 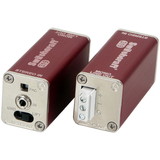 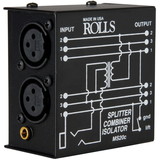 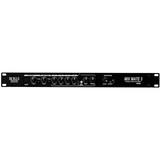 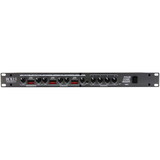 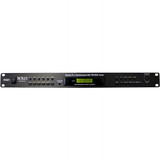 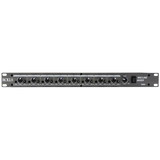 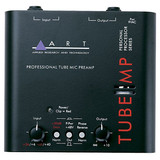 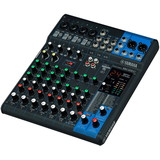 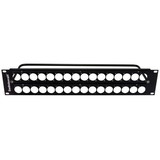 The SL33 stereo limiter from Rolls provides smooth dynamics processing for both professional and consumer audio equipment. It has a very small footprint, and features 1/8" stereo and RCA inputs and outputs for easy connection to virtually any audio equipment.

Since there is no audio level standard for consumer audio, the SL33 keeps the levels maintained evenly, providing you with a more comfortable listening environment. At the heart of the SL33 is a powerful compressor/limiter integrated circuit which provides automatic program limiting for unobtrusive and natural level control. A threshold control has been provided to set the level at which the process engages, and a makeup gain control offers output leveling. AC power adapter included. Made in the USA.

For more than two decades, those in the know have turned to Rolls for the highest quality, reliability, and value. Rolls is an innovative company specializing in domestically manufactured signal interface accessories, mixers, amplifiers, and processors for the audio professional.

Customer Reviews
5 out of 5
see all 20 reviews
5 stars
17
4 stars
3
3 stars
0
2 stars
0
1 stars
0
Write a Review
By Mac
I was a little skeptical about this product based on some of the reviews I've read online (e.g., thumpy sounds, negatively affected sound quality, etc.), I did not experience anything like this, although I do agree with some of the reviews that instructions on how to best set up the limiter were lacking. But fortunately, some of the previous reviewers provided their own tips, which I employed and that helped me with my setup. So I'd like to share my own tips based on my use case in hopes that they may help someone else.I am in a band that runs its own sound, and I use my iPod to play break music. While the songs on my iPod have the same general ballpark output level, some songs would still play louder than others, and I'd have to run back to the stage to adjust the fader on the sound board. This limiter solved that problem.I started by setting the playback channel fader on the sound board to unity (nominal position for playback).On the Rolls SL33b Limiter: (1) Initially set the Gain dial to the 12 o'clock position and the Threshold dial to the 9 o'clock position; (2) Adjusted the Gain dial on the limiter to set the volume desired in the house; (3) Adjusted the Threshold dial until the red Gain Reduction light would slightly flicker. Using this setup, when louder songs played, the red light flickered less and stayed solid red slightly longer, which meant the limited was engaging. Note however, that this setup did NOT peg the Gain Reduction light at a solid red when a loud song came on, which would have meant extreme limiting. I did not experience any thumping noises or altered sound quality because the limiting in my case was not severe. This was probably due, in part, to the fact that the output levels of the various songs on my iPod were not drastically different from one another.Bottom line: This worked well for my use case, and I am very happy with the purchase.
Rating:

[5 of 5 Stars!]
By Customer in Oregon
I'm craving this unit (for our TV), but I hesitate due to its lack of a bypass switch, to bypass the limiter for movies and shows with gentle soundtracks. Rolls -- Please perfect it by adding a bypass switch!
Rating:

[5 of 5 Stars!]
By Timothy Parker
I use this for my TV. The sound travels from my TV headphone jack to this compressor/limiter then to an equalizer and then to a set of powered speakers. When watching programs, I would continually have my hand on the remote adjusting the volume to decrease the loud sections and boost the quiet sections. It just seemed like a lot of work. After plugging this in it is amazing how well it evens out the sound volume. Sometimes I will still make minor adjustments when commercials come on, but it is hardly necessary. I will always be using a limiter/compressor like this in the future. I don't like the wide swings in volume that occurs with a usual broadcast, so I set the threshold dial all the way to the left and then increased the makeup gain dial to a comfortable volume setting that works well as a baseline for my remote volume control. That's it! There is a green LED power button that is brighter than I would prefer, and a red LED indicator that never comes on. The unit is really set and forget. I do not hear any introduced distortion or noise. Perhaps I would if I was using a high output volume from the TV, I don't know, but it never degrades the audio signal for me. Obviously, this device only works when you are hooking up external speakers since it must be inline.
Rating:

[5 of 5 Stars!]
By George
I have some cranky next-door neighbors. This thing gives me peace of mind when I'm watching an action movie or something where the audio levels jump all over the place. Makes dialogue easier to hear too.
Rating:

[5 of 5 Stars!]
By W. Lang
The volume on social media videos is all over the place. One is soft and the next is super loud. This controls the maximum volume very well. You still need to turn softer vids up but then the next loud one doesn't blast out your speakers. Very happy with it.
Rating: