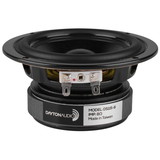 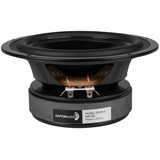 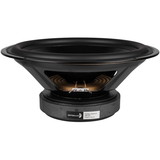 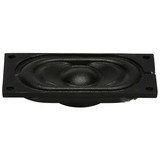 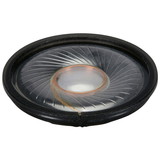 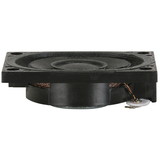 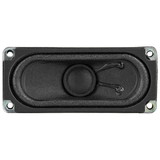 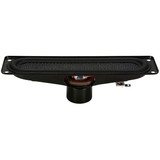 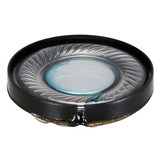 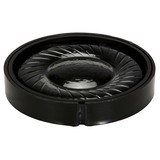 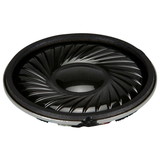 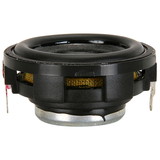 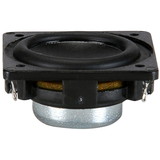 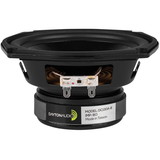 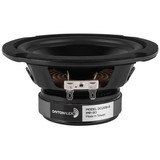 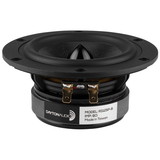 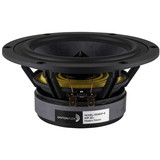 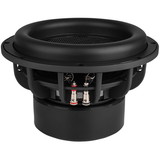 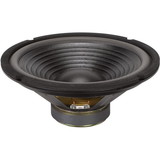 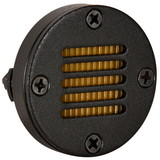 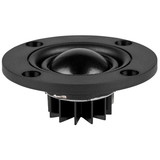 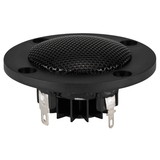 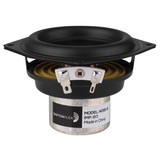 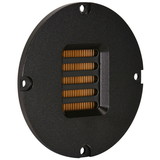 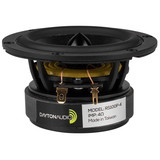 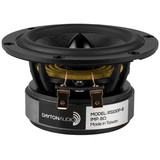 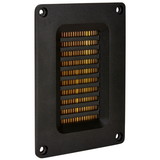 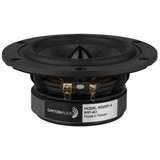 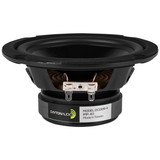 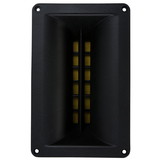 The Dayton Audio Designer Series DS270-8 10" can operate at its full rated power down to 27 Hz without exceeding Xmax!

The Designer Series by Dayton Audio was developed specifically with the speaker designer in mind. It is an affordable, attractive line of drivers that puts performance first. Careful engineering ensures that each speaker in the series is capable of handling full rated power at the lowest possible frequencies-without exceeding Xmax.

Customer Reviews
4 out of 5
see all 1 reviews
5 stars
0
4 stars
1
3 stars
0
2 stars
0
1 stars
0
Write a Review
By S. GRAY
I was looking for a budget-priced but decent quality woofer for a project, and this happened to have the specs that I needed. This woofer is exactly that: nothing cutting-edge (except for the flange; more on that later), but a solid and usable driver that is a fair value. The build quality is good. It's not a cutting-edge design by any means. It's a stamped frame, large-magnet, heavy treated paper cone, rubber surround, traditional type of driver. The large mounting flange makes it easy to get a quality appearance without flush mounting. It is also easily bent (mine arrived significantly bent, but was fairly easy to straighten), and sharp enough to draw blood if you aren't careful. There is even a warning on it about that, and though I laughed at it, I did indeed cut my finger pretty badly while removing and remounting the driver to adjust the damping material. It has a fair amount of excursion capability (it is slightly weak on this point, but it's a woofer, not a sub-woofer). It is fairly efficient, unlike some of the dedicated monster $$ and monster power sub-woofers out there. It has usable frequency response into the lower midrange, which was another requirement for my design. It is a good woofer for closed box systems, and could be used for replacement in some of the classic speakers where the surrounds have rotted; likely with a performance upgrade. The large flange would make it easy to use as a replacement, as it would hide slight mismatches in cutout size. This driver dropped easily into a 934; hole cut with a router and a circle jig. One problem with the woofer is how few mounting holes there are. 5 holes for a large 1034; woofer just isn't adequate, in my opinion. I used the woofer in a transmission line cabinet designed around the specs, and I am extremely pleased with how the project turned out. The bass it puts out in this cabinet is extremely tight, full, and extended. Dynamically (where so many ported boxes tend to fail) it sounds like either one of the best ported boxes I've ever heard, or a really good and extended sealed box without the boominess. It measured flat in room down into the low 30's and had some usable output below that. Test tracks, such as Bela Fleck and the Flecktones 34;Flight of the Cosmic Hippo34; confirmed that the design was capable of putting out real energy in the lowest octaves (though not sub-frequencies: I would say 30Hz and up). Anything using a 5 or 6 string electric bass was fully rendered, but I haven't subjected it to any organ pedal notes yet. With a 170 watt plate amp, it is fairly easy to exceed the excursion limits of the driver with some discs at high volume levels (and I do mean, in my average-sized living room, HIGH levels). Really, for the money I have invested, I couldn't be happier with this woofer. Ideally, I think the driver should be priced in the mid $40 to $50 range, and if I were to do it again, I would give some of the Peerless branded drivers with similar specs serious consideration. If you are looking for a classic type of woofer for replacement or for building a retro-style closed box system (or a TL!), this is a great driver and would likely suit your needs, as long as your expectations are realistic. A pair in the right cabinets should be satisfying for most anyone that appreciates this type of a system. As a side note, the seller- Parts Express, is a long-time favorite of mine, and they always deliver on customer service. I could easily have sent the driver back due to the bent flange, but chose not to involve them with this, as I didn't believe it would affect performance and was fairly easy to straighten with some care.
Rating: